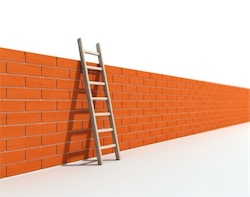 Second mistake: not planning because you aren’t going to stick to the plan anyway. Would you not plan the trip because flights might change? Or the game because the opponents might surprise you? Not hardly.

It’s a business plan, not a straight jacket. It doesn’t narrow your options; it makes them easier to manage. Having the plan gives you a sense of strategy, priorities, long-term goals, steps along the way, responsibilities, interdependencies, metrics, tasks, and resources.

It helps you manage change. So when things change – and of course they will – that’s not more of a problem when you have a plan; the plan connects the dots so you can move things around more quickly.

Sticking to the plan is good when it’s reviewed, and thought through. Consistency is good most of the time. There are two dangers, however: