There are good answers already posted. The answer I like best, happily, is the one with the most votes.  It’s also posted by a friend, David Rose, founder of gust.com and head of a New York angel investor group. His highlight is:

By FAR the best thing you can do is be a great role model! Show your sister that girls CAN be entrepreneurs! That being an entrepreneur is cool! That entrepreneurs live larger lives, have a greater impact on society and basically have more fun, than anyone else on the planet!  Tell her stories of Mary Kay Ash and Anita Roddick, of Esther Dyson and Heidi Roizen, of Martha Stewart and Oprah Winfrey…and of yourself!

Although I completely agree with that, I really want to add more. This seems important to me, from my experience:

I have to add something related to point #5 here, and the qualifier “successful” entrepreneur. That’s a dangerous concept. What we want, as parents, is for them to end up happy, which usually means productive, economically self sufficient, and independent. Is it dangerous that we’re in the context of “successful” entrepreneur instead of entrepreneur? And is a successful entrepreneur happier than than an unsuccessful one, or a professional, or middle manager? Especially where your daughter is involved, always pause to question your assumptions.

I think I’ll go add this to the question on Quora, but I wanted to put it here first. 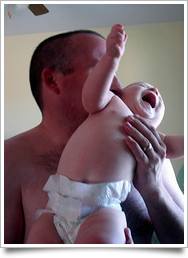