So you’ve finished that business plan. You’ve presented it to investors, to bankers, or for review from somebody else. It worked for you, got you into the door, won you some respect and serious interest.

Congratulations. That’s a good feeling. But your plan is still wrong.

Don’t feel bad about it. All business plans are wrong. That’s because they’re done by humans, and they predict the future, and humans aren’t good at predicting the future.

They are still vital to a good business. They set down what you think should happen, when, and how much it costs. Even though they’re wrong, they track priorities, and relationships, and the interdependence of different parts of the business. 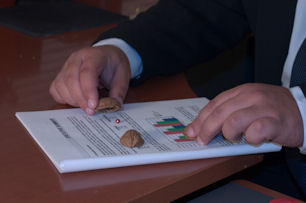 And now, after they’ve been presented and reviewed, the business plan contests finished, the winners awarded, the angel investment determined, what should become of these business plan documents? You have three choices:

Which do you think makes the most sense? I like option 3, which shows how planning is management, controlling your business destiny.