You could call this post the taxonomy of trolls. I thought there were fairy-tale creatures, ugly and mean, living under a bridge, interfering with innocent travelers. It turns out, though, they’re real. Just like in the three billy goats gruff fairy tale, they are hiding along the way, jumping out to cause trouble. 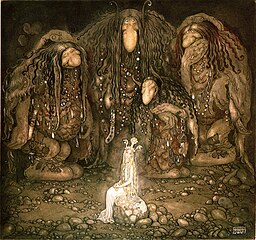 I like puns and I like the potential double meaning with trolls. First there’s the beast or character of the troll, like in the fairy tale. And then there’s the verb, trolling, which I think of from 50 years ago when my granddad took me fishing. We’d put the baited hook into the water and move the boat slowly, trolling for fish.

I’ve happened upon several kinds of trolls in business. Maybe you’ll recognize some of these. Better yet, maybe you can avoid them on your travels.

10 thoughts on “5 Kinds of Trolls Hiding Under Business Bridges”